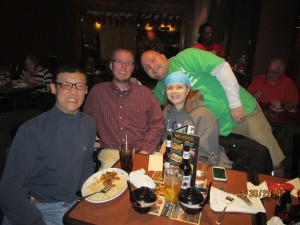 Lori Moore has been with Horizon since 1994. She joined the Board of Directors in 2002 and has been the president for six years. Lori and her brother, Michael Youngberg, were recruited by their aunt, a previous volunteer. She had a rough time her first year but was glad to come back the next. Lori is now a teacher and is married and has a son, Michael. As she puts it, she “wears Horizon on her sleeve.” She brings family and friends to fundraisers, some of whom have started their own fundraisers. As a teacher, she tries to educate her students about disabilities in hopes that the next generation will be more aware of muscular dystrophy.